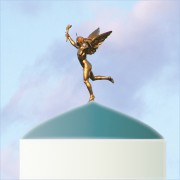 The BIOVALSAN project - good prospects for biomethane in France
0 Antworten